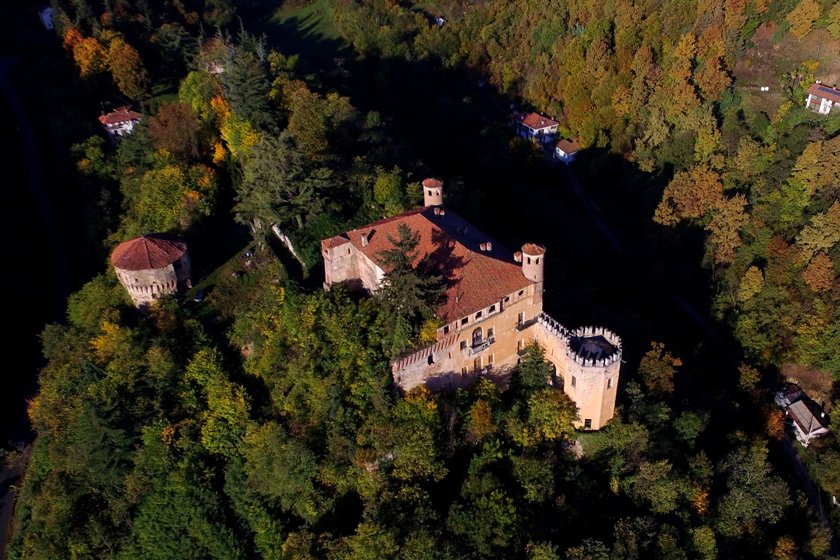 Saluzzo and its Marquisate, by way of Boccaccio and our Griselda

In the nearest Saluzzo, the history was taking a different turn, with the Birth of a Nation intended to be independent, with alternate blessings, for more than four centuries.

Marquisate began with Manfredo (m. 1175), son of Bonifacio del Vasto and heir to a portion of vast paternal dominions located among Po, Alps and Stura Valley.

The following step was that of Tommaso I (1244-96), who started the construction of castle and attached to the state the Municipality and the province of Cuneo in addition to Stura Valley, so that at the end of XIII century the marquisate appeared as a united group, comprising valleys of Stura, Mellea, Maira and Po, as well as plain from Cottian Alps to Carmagnola.

Who knows how many Saluzzo citizens in the second half of IV century read Boccaccio’s Decameron (completed in 1353): precisely in the one-hundredth novella we meet a local girl from Villanovetta: the sweet, wise and patient Griselda. She was the first wife of miscreant Gualtieri, marquis of Saluzzo, a cruel man who wanted to test the fidelity and honesty of his wife of humble birth.

About history, we remind Ludovico II (1475-1504), who, aiming for inheritance in Monferrato, found himself feuding with Carlo I di Savoia, and managed to maintain the independence of his State only by means of the alliance with King of France.

There is an ineffaceable impression of his work in the history of Castiglia, a castle in a dominant position on the hillside of Saluzzo, and in the realization of the first tunnel of Alps, the “Buco di Viso” (the hole of Viso): it’s a tunnel 5 meters deep and 2 metres high, which has been built in record time (about 18 months) between 1479 and 1480. This tunnel connected Po Valley and Queyras and allowed the transition of caravans with priceless loads of salt, which was like gold at that time, because it was essential for preserving foodstuffs and enriching the nutrition of cattle locally raised.  This priceless primary asset came from Berre Laguna, nearby Marseilles: not for nothing in the parlance salt is called “bera” by bootleggers from Po. It was transported to Savine lake by inland waterway, passing through the valley of Durance. So, through the Queyras, it reached Saluzzo Marquisat. Thanks to “Buco di Viso” it was also possible to considerably shorten the travel to Grenoble: this travel had always taken three weeks, then started taking three days!

In a time of travels bordering on epic, the initiating of such a work revolutionized the idea of relations between States and ensured an astonishing range of new opportunities, as it made traders saving time and taxes… Chapeau!

This amazing tunnel has been subject to a repair work which has been completed during the Summer 2014. Now this strategic passage is like new and you can visit it with a three-hours walking on the indicated path.

Ludovico II died in 1504 and since then is resting in the funeral chapel dedicated to him in San Giovanni church; it is absolutely to be visit... his wife Margherita di Foix became regent and, supported by the trusted collaborator Francesco Cavassa (whose house, embellished by frescoes of Hans Clemer, is a gem Saluzzo citizens really love), stayed the head of Marquisate even when his son Michele Antonio came of age.

At the beginning of XVI century the Marquisate was reduced regarding territorial extension and was confined to valleys of Po, Varaita, Maira, Grana and Bronda.

With peace of Lyon (1601), the Duke of Savoie achieved the marquisate of Saluzzo by ceding the Vresse, the Bugey, the village of Gex and the Valromey to the France.

Destiny of our territory definitively stood with that of the dynasty that would have been part in the history of Italy’s Unification.

During Risorgimento- years a famous Saluzzo citizen, Silvio Pellico, was imprisoned in the jail of Spielberg. During captivity, he kept a diary, Le mie prigioni (My prisons), 1832; in Europe his moving words aroused sympathy for Italian patriotic cause and highlighted the work of Carboneria against foreign domination.

Our territory has always been generous as regards agricultural production. Fruit-growing is a particularly important sector and has always be present. This semi-level area close to mountains is the perfect cradle to raise peaches, apricots, plums (“ramassin” in Piedmontese dialect), apples, pears and kiwis. Orchards catch the sun and are safe from wind and each year make us surprised for the quality of fruits they produce. We from Cradel employ a lot of good fruit in several recipes, in order to offer our consumers an evidence of love that binds us to this area. Cradel Tarts and Filled Bugie are full of good fruit, as well as astonishing and tasty Crumble Tarts. When you’ll taste them, you’ll feel the sensation of ripe fruit freshly harvested.